Safeguard and restoration wooden sarcophagus for the Archaeological Museum of Lamta 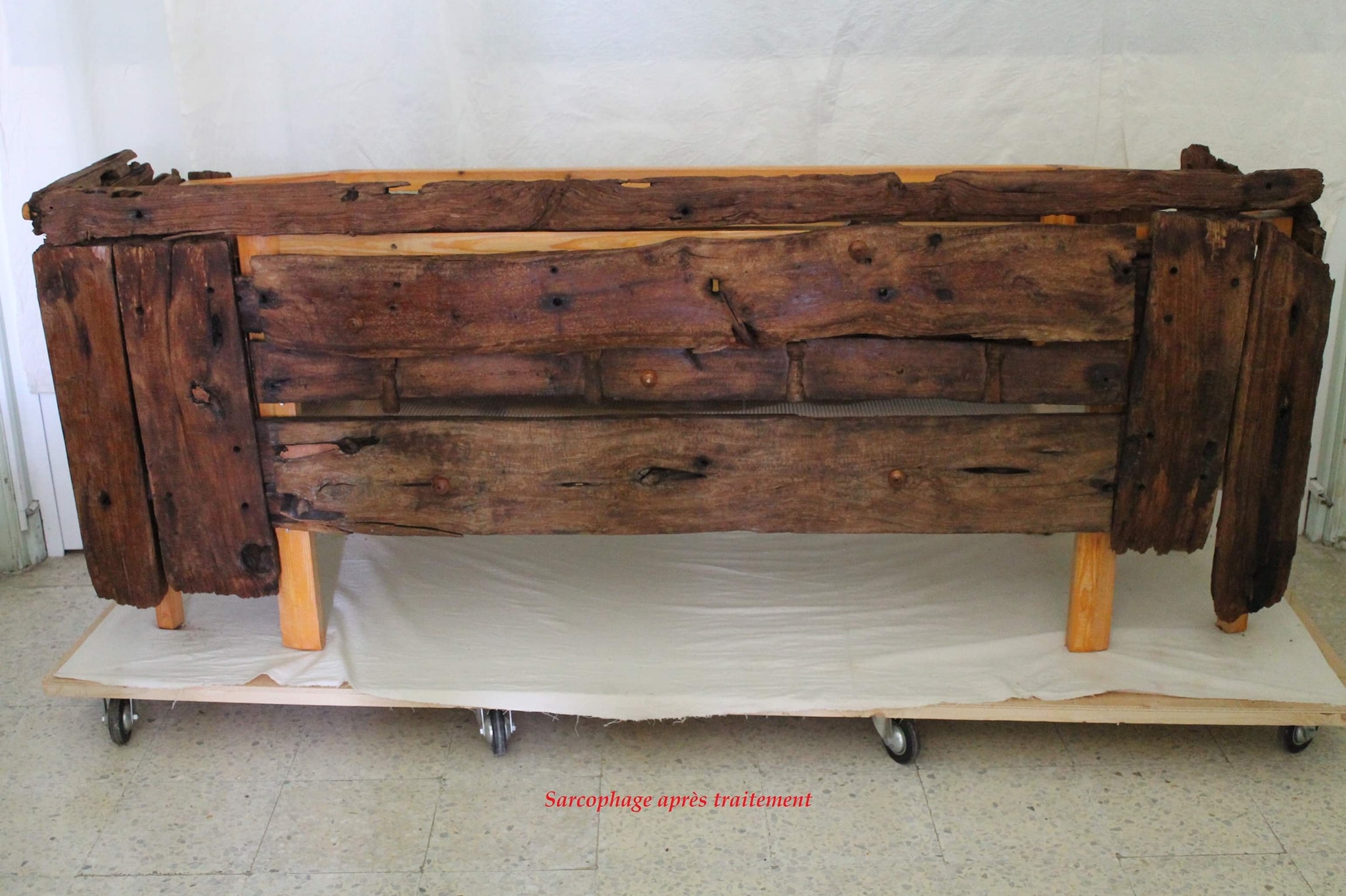 Restoration of a wooden sarcophagus for the Archaeological Museum of Lamta, dating from the 2nd century BC. J. C.

Mr. Walid Al-Tayeb, at the Laboratory of Conservation and Restoration of Cultural Collections, with the contribution of a working group of agents of the National Heritage Institute and Museographic Development Division, completed the work safeguard and restoration of a wooden sarcophagus for the Archaeological Museum of Lamta dating from the 2nd century BC, which was discovered in the Punic cemeteries of Lepti Minus. Its poor conservation comes from its exposure to many physicochemical and climatic factors which have directly contributed to the deterioration of its condition.

This sarcophagus belongs to a set of wooden sarcophagi that have been found in other cemeteries in the Sahel region, and they were originally used to store personal items.

The wooden sarcophagus contains important historical information on manufacturing and assembly techniques, the tools used and the types of wood. All of these historical and analytical details are under study and will be presented later.

This type of scientific intervention is considered the first of its kind at the National Heritage Institute to restore a wooden sarcophagus dating back more than 2,300 years.

Our thanks go to all those who contributed from near or far to the success of this project, Mr. Habib Ben Younes, Mr. Mohamed Badi Bidouh, Mr. Lotfi Belhouichet, Mr. Walid Al-Tayeb and Ms. Boutheina Maraoui Talmini , Mr. Mohammad Ali Al-Hsairi, Mrs. Rym Al-Younsi, and the whole team of the carpentry workshop.